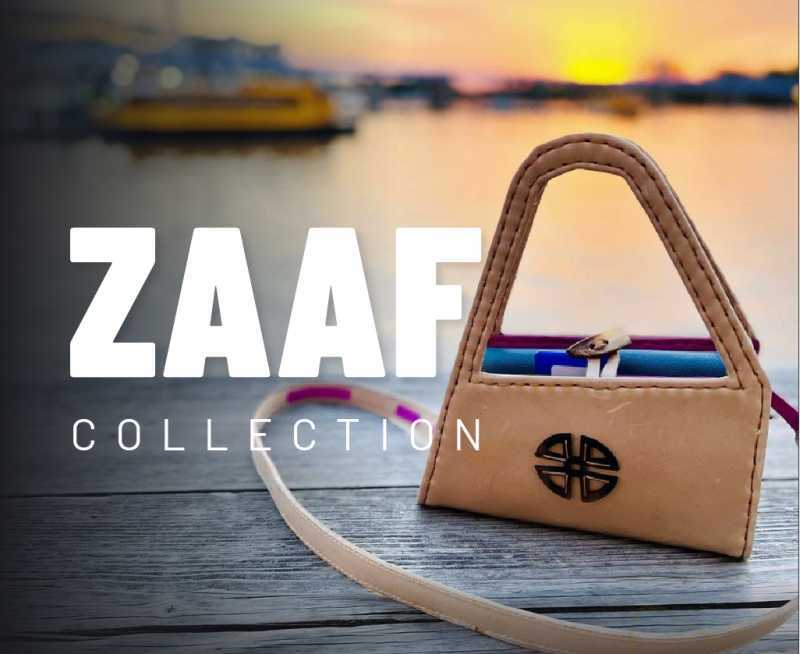 Loline sat down with Abai, the Founder of ZAAF, to hear about how an Ethiopian hand-made goods store flourished into an African premium lifestyle brand.

A revolutionary idea sparked in Ethiopia is ballooning over the African continent. ZAAF stands for the word tree in Amharic. A tree symbolizes life, growth, and prosperity across cultures. That is what the ZAAF brand echoes. Eight years running, ZAAF is not just selling high-end goods. It is also challenging people’s perception of African-made products.

Abai Schulze, the founder, was only 25 when her economics study and her life-long passion for art came in perfect harmony. She was born and raised in Ethiopia. Growing up, her mother could barely provide for her. ZAAF is a reflection of her story, Abai says. Poverty was the reason she grew up in an orphanage and was given for adoption in the US. Coming back to Ethiopia for her summer breaks, she realized that there still were thousands having to go through this tough childhood. She always wanted to take part in bettering the situation of other children.

When it all began

Abai had a paying job when she decided to commit full-time to ZAAF. She worked long hours to ready herself for the new lifestyle. It was a change that she was determined to embrace. Stories of people who accomplished more with less inspired her. She set out for authenticity, crossing off low pricing from her market entry strategy. ZAAF is an exceptional brand deserving the value put into its making.

“Doing business is generally challenging; it doesn’t matter where.”

ZAAF didn't have a smooth take-off. Difficulties were double-fold for ZAAFas it opened its first store in the developing Ethiopian market. Bureaucratic procedures were stressful due to a lack of a comprehensive information system. Abai had to figure out so much of it on her own. Power blackouts and machinery failures were among the struggles. These meant extra expenses for ZAAF that burdened the budding start-up.

There is a different way ZAAF chose to look at the many problems of an underdeveloped market. Abai was quite positive, “The market is yet to be explored, putting us at an advantage.” Undeniably, ZAAF had to put in extra work, but it has paved the way making it easier for others to come along.

Just another fashion store or?

The first shop opened in Addis Ababa in 2015 and the second is located in the US. ZAAF is most noted for the chic tradition-inspired leather goods it sells. Gradually, it burgeoned into a lifestyle store of clothing and jewelry. “We want to be an agency of education for African culture and heritage,” Abai was firm on how ZAAF is bigger and bolder than just a fashion store.

ZAAF was created as a platform for African artisans to get to the international market. It sells products made entirely within the continent. This revolutionary company is well aware that automation, mass production, and fast fashion have strangled the African richness in traditional styling.

They are not made cheap.

“Why should we undersell ourselves?”

People have a hard time believing an African-made product could be of good quality. ZAAF challenged that perception head-on. She told us many people who come to ZAAF expect to hear the ‘Buy this or poor people will die’ selling strategy. Even the packaging had to go through radical advances to charge higher prices. “If you are producing with good quality and talented artisans, people should pay for it,” Abai asserted her belief in the worth of the goods she brings to market.

ZAAF is known for going the extra mile in its branding effort. Abai is familiar with other businesses selling cheaply made goods of her kind at a much lower price. “They are not even visually appealing, and I do not want my brand associated with that,” she said in an assertive voice. Despite the competition, she has chosen to stay afloat and preserve ZAAF’s authenticity and uniqueness. Abai has a long-term perception of the name she is building. Even though it is not the best choice in terms of cash flow, ZAAF has the vision to stick to.

“I genuinely believe in education and job creation to change lives.”

ZAAF has about 16 permanent employees and more seasonal ones. This artesian platform offers people opportunities to climb up the ladder in the workforce. Three of ZAAF's once guards have now joined the production team. Here, the environment encourages people to get creative and sees if they are interested.

Abai doesn’t believe in potential differences but rather in circumstance ones. “I do not hire people for their many certificates or their years of experience,” she elaborated. ZAAF is for people who are eager to prove themselves. It is for those who want to wake up into the best version of themselves.

ZAAF is a home-like place than a rigid workspace. However, it was not all easy for Abai to set the tone. When she first came to Ethiopia, she had to work with someone having years of experience. That made it challenging to structure ZAAF to the brand it represents. Abai relentlessly worked to make it a place that everyone took as their own. With retail shops in Ethiopia and the US, ZAAF is successfully run even in the absence of Abai.

Advice for other Startups

Abai advises entrepreneurs to be disciplined based on her own experience. She also emphasizes the importance of time management. Hard work without proper time management results in a meager reward. A startup owner must establish their priorities and recognize that they must forego certain things in order to achieve the success they seek.

The ambitious ZAAF is challenging the negative stereotype toward African-made products. It has partnerships in Kenya, Senegal, Rwanda, Egypt, Niger, and other African countries. It has a growing number of categories of goods and is working towards opening more stores.

ZAAF is not simply selling hand-made goods. It is building Africa’s image.